What is Bitcoin Halving Put simply, Bitcoin halving is the process of cutting a reward for successfully mining Bitcoin in half. Halving are not a regular occurrence, but when it does, it is usually correlated with large financial events.

The BTC blockchain has over 10,000 nodes running on the coin’s software and record transaction history administered through the course of its existence. These nodes perform successive checks to ascertain the validity of transactions. These check different criteria, like correct validation perimeters and correct length of nonces, a number that authenticates a protocol. 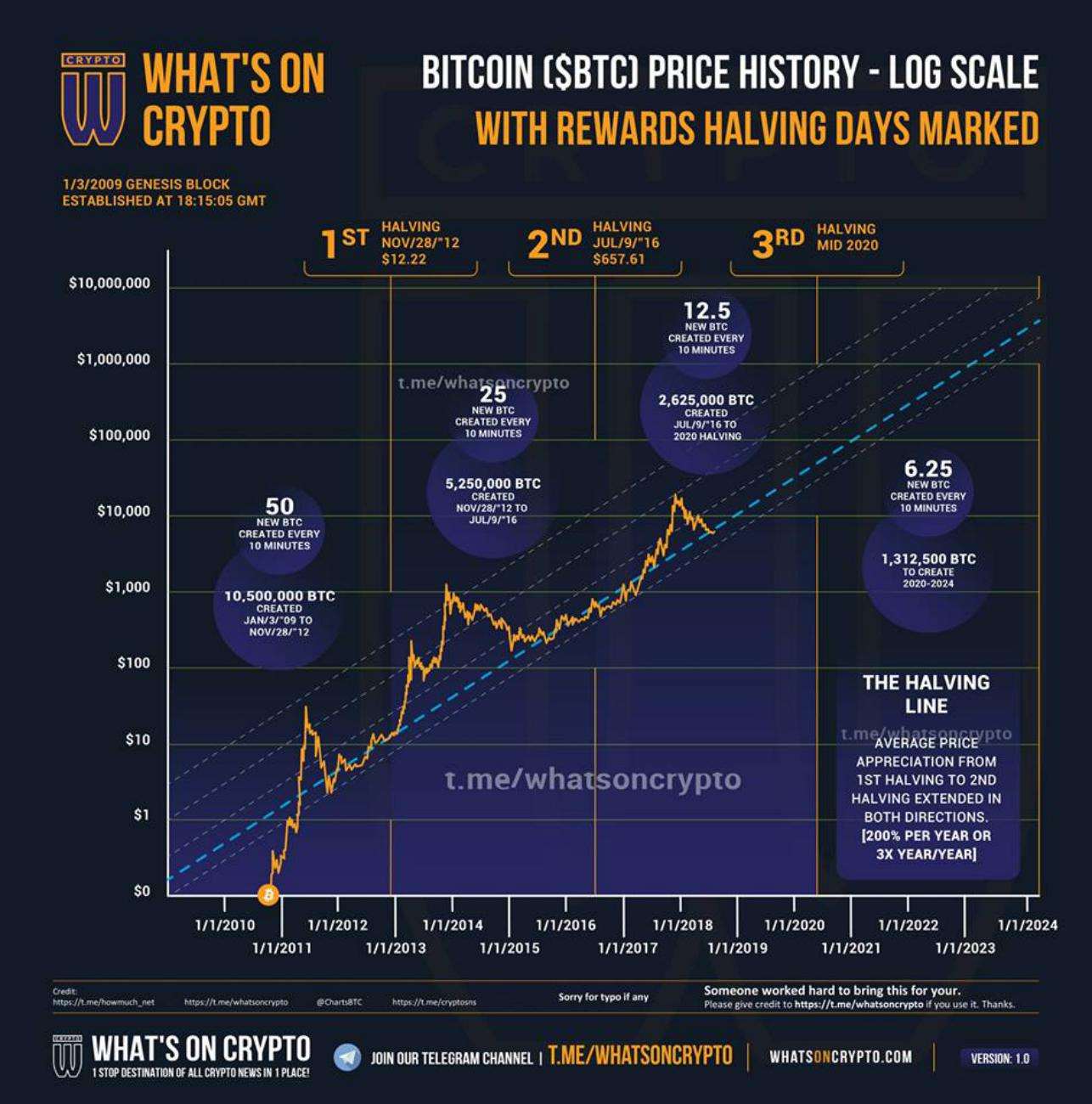 Bitcoin mining uses powerful computers that process and validate transactions. Bitcoin uses a PoW system that requires miners to demonstrate they have exerted sufficient effort to be awarded for the act of validation. Said effort also pertains to the time and energy spent on working with the hardware, as well as solving intricate mathematical equations.

High-grade hardware and speedy processing time, render bigger rewards. Even tech companies have created computer chips specific to cryptocurrency mining. The hardware processes transactions on BTC’s network. Miners are then tasked to solve math equations and approve transaction authenticity. Once confirmed, these transactions will be grouped together in the blockchain.

Bitcoin halving, as the term strongly suggests, halves Bitcoins incentives. This is done with every 210,000 blocks mined, occurring 4 years on average. The rate of occurrence in releasing BTCs has decreased. Developers and experts say that this will go on until 2140.

Bitcoin halving is a significant event since it marks a stage wherein there is another major decline in Bitcoin’s fixed supply, which is measured at 21 million maximum. Currently, over 18 million Bitcoins circulate in the market, leaving a little over 2 million more Bitcoins that will be released through rewards. The next Bitcoin halving is expected for 2024.

The Implications of Bitcoin Halving

Bitcoin halvings slash the rate wherein new BTC are created, therefore reducing available supply. However, this may result in implications for traders investing in securities that have lower supplies like precious metals, that are greatly demanded constantly. Before, Bitcoin halvings actually coincide with major price rises. The November 2012 halving pushed Bitcoin’s price from $12 to almost $1,150 in less than a year. Bitcoin’s price climbed from $650 to almost $20,000 by December 2017. The second was in July 2016.

Should halving fail to raise both Bitcoin’s price and demand, miners are prevented from getting rewards; these will prove lower, with prices of the BTC too poor. Preventing this means devising a method of adjusting the difficulty level of rewards for mining, or, to put it another way. The difficulty to mine would be decreased in the situation where the reward was halved and the Bitcoin price did not spike in order to preserve the incentives that the miners have received. What this strongly suggests is that while the amount of fresh BTC that will be issued as incentives remains limited, the complexity of verifying transactions will be decreased.

This method has proven to be successful. So far, every Bitcoin halving has resulted in a price surge followed by a precipitous drop.